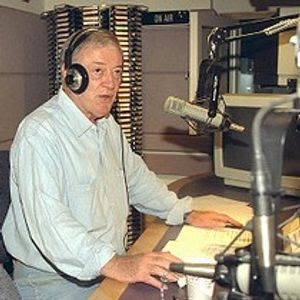 In 1975, a gunman holding hostages called veteran FM disc jockey Scott Muni on the air. How did he handle the situation?

Scott Muni was an institution in rock and roll radio. He was there when the Beatles arrived in America. He was one of the first “progressive rock” New York deejays, favoring long-form album tracks over singles. And he was the heart of one of the best-known “classic rock” radio stations in history.

One thing he isn’t as remembered for, though, is the time in 1975 when he was forced to negotiate on the air for the lives of hostages, held by a fan. 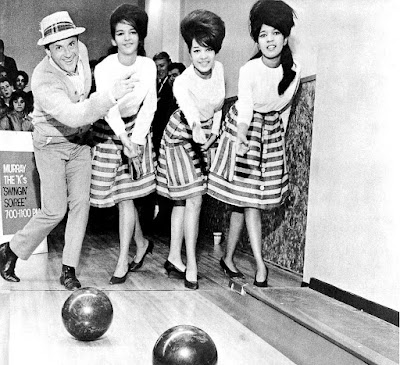 Swingin’ Murray the K might not have met the Fab Four when he did were it not for the Ronettes, a new vocal group who came along at the right time.
by Rich Watson
New York deejay Murray Kaufman, AKA Murray the K, was one of the first to support the Beatles when they came to America in 1964.
He had broadcast from the hotel they stayed in before their appearance on The Ed Sullivan Show. He joined them at the start of their US concert tour and was on the set of their movie A Hard Day’s Night, among other things. George Harrison christened him “the fifth Beatle.”
A different pop group facilitated their meeting, one that in their way, went on to become almost as influential in music history: the vocal trio known as the Ronettes.
Read more »
No comments:

When Wolfman Jack Was a Mystery Man on Mexican Radio 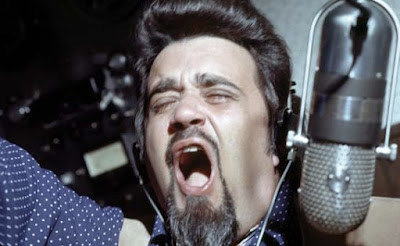 America first clapped for the Wolfman when he was broadcast from south of the border.
by Rich Watson
At the height of his fame, Wolfman Jack was better known as a TV star than a radio deejay. He hosted the music TV show Midnight Special. He popped up in shows and movies from time to time.
As a deejay, his identity was more ambiguous, but it wasn’t hard to find him. His show was on a Mexican radio station whose reach was far and wide.
Read more »
No comments: